AMBA 5 is the latest generation of the freely available AMBA protocol specifications. It introduces the Coherent Hub Interface (CHI) architecture, which defines the interfaces to connect fully coherent processors and high-performance interconnects. AMBA 5 also introduces the AXI5, ACE5 and AHB5 protocols, which extend prior generations to include a number of performances and scalability features, and to align and complement CHI.

Find out more about the major revisions to the AMBA AXI and CHI specifications.

The AMBA Coherent Hub Interface (CHI) specification defines the interfaces to connect fully coherent processors. For example, the Cortex-A76 and Cortex-A65, and dynamic memory controllers, such as the CoreLink DMC-620, to high-performance, non-blocking interconnects, such as the CoreLink CMN-600. It is appropriate for a wide range of applications that require coherency, including mobile, networking, automotive, and datacenters.

AMBA CHI has been architected to maintain performance, as the number of components and quantity of traffic rises. This includes placing additional requirements on requesters to respond to coherent snoop transactions, so forward progress for particular requesters can be more easily guaranteed in a congested system. The separation of the identification mechanism into requester identifiers and transaction identifiers means the interconnect can be constructed in a more efficient manner.

The protocol also provides a Quality of Service (QoS) mechanism to control how resources in the system, shared by many processors, are allocated without a detailed understanding of every component and how they might interact.

Some of the key features include:

Issue D of the AMBA CHI specification introduces the AMBA interface parity extension for use in applications including automotive, with resilience or functional safety requirements. CPUs, such as the Cortex-A78AE, include this feature and are designed to undertake complex and demanding safety-critical tasks with varying workloads.

The AMBA AXI (Advanced eXtensible Interface) and ACE (AXI Coherency Extension) specification defines the protocols to implement high-frequency, high-bandwidth interconnect designs across a wide range of applications, including mobile, consumer, networking, automotive, and embedded. ACE5, ACE5-Lite, and AXI5 protocols extend prior generations to include a number of performance and scalability features which align and complement AMBA CHI.

Some of the new features and options include:

Issue G of the AMBA AXI and ACE specification adds new optional features, such as:

The AMBA Advanced High-performance Bus (AHB) specification defines an interface protocol most widely used with Cortex-M processors, for embedded designs and other low latency SoCs. The AHB5 protocol builds upon the previous generation of AHB-Lite with two key goals:

The new properties introduced in the specification are:

Issue C of the AMBA AHB specification adds new optional features, such as the interface parity protection and write strobes.

Issue D of the AMBA APB specification defines the APB5 interface and introduces new features, such as the interface parity protection and wake-up signaling.

The AMBA ATB is a data-agnostic interface for transferring trace information between components in a trace system. Issue C of the specification adds wake-up signaling.

Issue B of the AMBA AXI-Stream specification defines the AXI5-Stream and introduces new features, such as the interface parity protection and wake-up signaling.

The AMBA CXS specification defines a credited, non-blocking streaming interface protocol, used in point-to-point packetized communications. It is optimized for the transport of CCIX and CXL packets between an on-chip interconnect and a PCIe controller. CXS is also optimized for wide interfaces, which enables passing packets to a high-data-rate external interface and merging of multiple packets into a single transfer. Issue B of the CXS specification introduces support for multiple protocol streams.

The AMBA Adaptive Traffic Profiles (AMBA ATP) is a synthetic traffic framework capable of modeling systems' transmitter and receiver high-level memory access behavior in a concise, simple, and portable way. Traffic Profiles can be used across multiple tools and design/verification environments to assist with the design and verification of complex SoCs. Among other use cases, they enable a simpler and faster simulation mechanism that is also predictable and adaptive.

DTI is a point-to-point protocol where each channel consists of a link between a TBU or PCIe Root Port implementing ATS, and a TCU. The specification outlines two different protocols:

The AMBA Local Translation Interface (LTI) protocol specification aligns with the Arm System MMU architecture and complements AMBA DTI to improve performance and efficiency for translation services. LTI is a point-to-point protocol and defines the communication between an I/O device and a TBU. It enables devices to directly request a translation for each transaction, while leaving the TBU to manage the TLB. This enables translations to be requested before ordering requirements are met and avoids the need to pass transactions through the TBU. The result is improved performance and reduced silicon area. 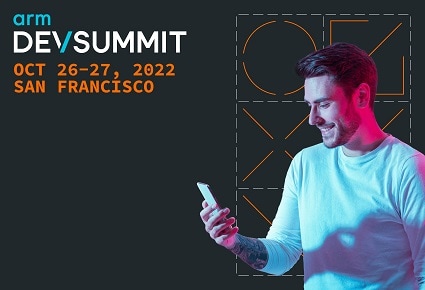