An Introduction to the Arm Cortex-M35P Processor

Billions of IoT devices are expected to densely populate our homes, cities and industries; many of these will involve valuable data and physical proximity – ripe for silicon attacks. To date, IoT attack mitigation has been broadly focused around software counter-measures; however, with physical attacks getting easier and cheaper, there must be a greater focus on silicon security. 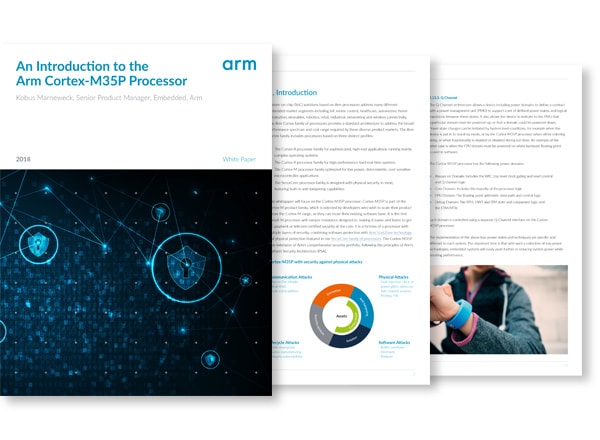 The white paper will explain the importance of physical security and solutions for mitigation, taking a closer look at the new Arm Cortex-M35P processor and related security IP. It will include:

Download the white paper to learn more about the features and benefits of the Arm Cortex-M35P processor.