Raspberry Pi RP2040: Our Microcontroller for the Masses

Raspberry Pi COO James Adams talks us through the company’s first custom Arm chip, designed in-house with Arm Flexible Access and now at the heart of the Raspberry Pi Pico

By
James Adams, COO and Director of Hardware, Raspberry Pi 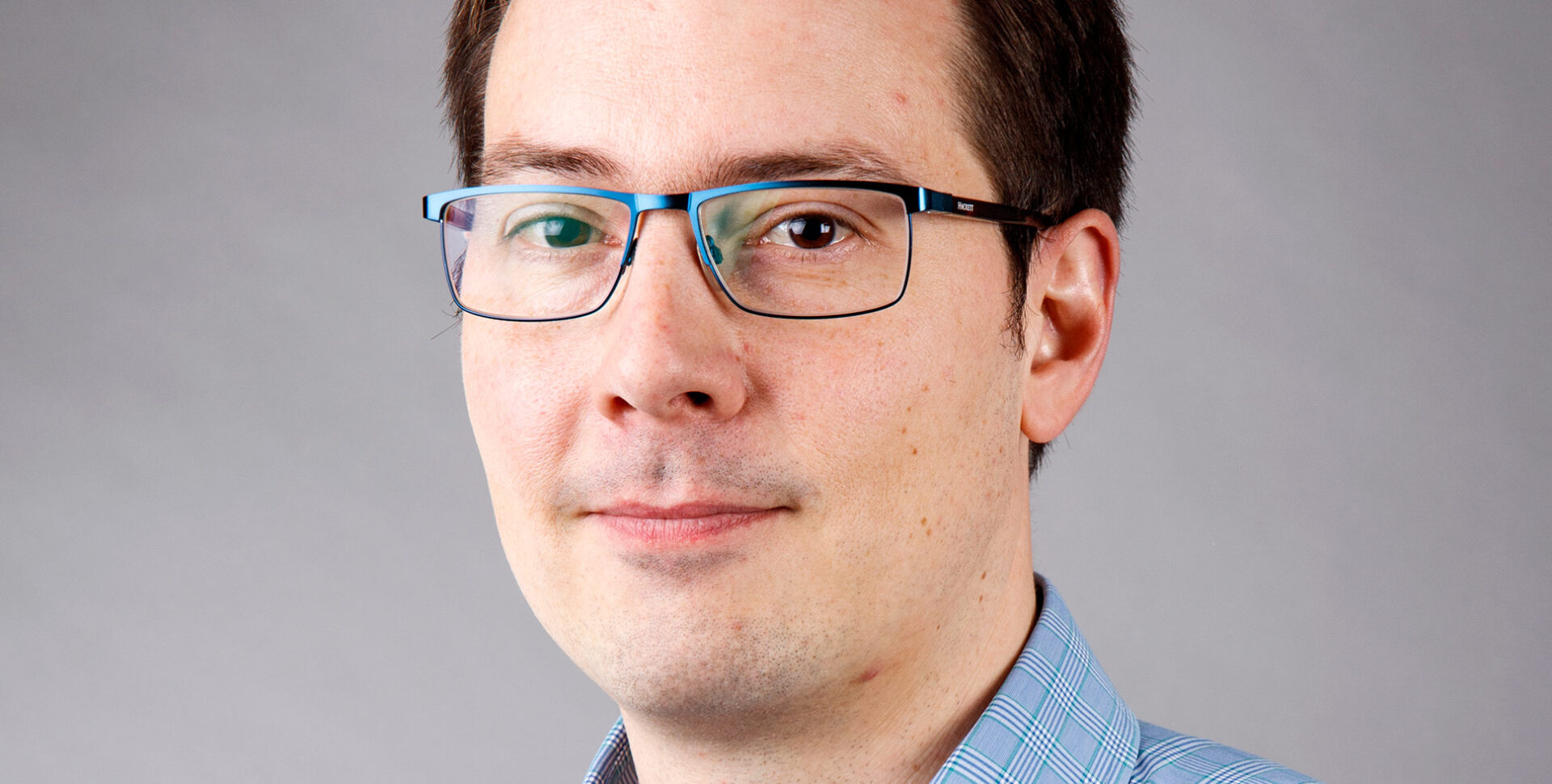 Designing a sub-$5 computer involves several tough decisions. Decisions such as which instruction set architecture (ISA) to use and which class of chip IP to select from within that ecosystem in order to balance price, power and performance. Then there are design and manufacturing questions: who’s going to design the system on chip (SoC) and who’s going to fabricate it?

All of these considerations dictate how useful and affordable your final product is. So when it came to selecting a chip to power our first microcontroller-class product, Raspberry Pi Pico, we knew that we needed to push that price-performance ratio harder than ever before.

RP2040: The beating heart of the Raspberry Pi Pico

The result of that pushing is the Raspberry Pi RP2040 SoC, a surprisingly powerful yet radically low-cost microcontroller packing dual Arm Cortex-M0+ processors, the most energy-efficient Arm processor available. We designed the RP2040 SoC to give maximum performance in the lowest power: even at peak performance, the RP2040 SoC sips energy. And when idle, it consumes much less than a milliwatt—that’s crucially low power consumption for deeply embedded applications, enabling long-duration operation with relatively small batteries.

As the RP2040 SoC is based on a high-clocked dual Cortex-M0+, it’s also a remarkably good platform for endpoint AI, or more specifically TinyML. The TensorFlow Lite Micro library has already been ported to the RP2040, enabling users to run machine learning (ML) models to do sensor-based analysis such as voice and image recognition and accelerometer-based gesture recognition.

Meanwhile, the chip’s low cost opens the door to ubiquity: for example, an RP2040 SoC in every light switch in your home, not only reacting to basic on/off commands but taking information from sensors and performing on-chip ML to intelligently adjust light levels based on time of day or occupancy.

That’s just one use case out of many we expect the RP2040 SoC to enable: we imagine use cases in applications ranging from standalone toys to networked Internet of things (IoT) devices monitoring industrial oil pipelines.

But those familiar with Raspberry Pi might wonder what prompted this move into microcontrollers after 8 years of designing products capable of running a general-purpose operating system (OS) like Linux.

To answer that, we need to consider that many current applications for Pi connect it to the physical world—bridging software and hardware, reading sensors and driving actuators. We’ve seen Pi used to monitor sensors on the International Space Station (ISS), or sort cucumbers in Japan. These esoteric applications demonstrate the breadth of Pi’s capability, yet Raspberry Pi does not support analogue input directly—and software running under a general-purpose OS is not well suited to low-latency control of individual input/output (I/O) pins.

This is not something we ever felt the need to address in our core products because there are so many accessories available to provide analogue I/O if you need it. But consider that even in its lowest power mode, a Raspberry Pi Zero will consume on the order of 100 milliwatts. This power requirement becomes a clear barrier for users wanting to use Raspberry Pi for ultra-low-power Internet of things (IoT) and embedded applications with milliwatt consumption measured in single digits.

That’s what the RP2040 SoC is designed to achieve: surprisingly good performance, ultra-low power consumption and flexible, reliable I/O. The low latency of peripheral access via the Cortex-M0+ SIO bus offers deterministic and reliable interaction with external devices. By combining Cortex-M0+ with our patent-pending PIO subsystem, we’re able to talk to almost any external interface standard via ‘bit banging’ (using software and programmable hardware as a substitute for dedicated hardware). As this is a dual Cortex-M0+ chip, it’s entirely possible to have one processor dedicated to bit banging, and the other dedicated to application code.

It strikes me as entirely fitting that the BBC Micro—the $500 educational computer that played such a pivotal role in the creation of Arm—can now be brought back to life on a $4 Arm-powered board.

Since launch, Raspberry Pi has been powered by Broadcom chips based on Arm’s Cortex-A application processors. But Raspberry Pi Pico required a class of processor drawing significantly less power than the smartphone-class chips found in our base Raspberry Pi models. Arm’s Cortex-M microcontrollers were the obvious choice—but which model, and from which semiconductor vendor?

We came to a decision early on: this would be our first silicon chip designed in-house as opposed to using discrete, off-the-shelf components. This meant using Arm’s base Cortex-M register-transfer level (RTL) design to build our own custom SoC.

Creating the RP2040 SoC from scratch was the only way we could achieve our aims for a chip that did exactly what we needed in terms of performance and flexible I/O while reducing costs, power consumption and printed circuit board (PCB) area.

Yet when it came to choosing which base Arm intellectual property (IP) blocks to build upon, the decision was less cut-and-dried. Traditionally, we would have had to pick this IP based on datasheets and then run with that through to tape-out in the hope that we’d made the right choice.

But then, during our initial development, Arm launched Arm Flexible Access: giving us up-front, low-cost access to a wide range of Arm IP, support, tools, and training. We jumped at the chance to design our own custom SoC with Arm Flexible Access—and were one of the first companies to tape-out through the program. Being able to audition different Cortex-M processors before deciding which to go with was simply a far better match for how engineering actually happens.

Our first RP2040-based board, the Raspberry Pi Pico, comes in at $4 but the RP2040 SoC itself costs a fraction of that. Education, and being able to deliver boards at a price point that is realistic to young people, is fundamental to the Raspberry Pi mission—so it’s great to see a number of our partners delivering RP2040-based development boards designed for easy and fun expansion and experimentation. These include the Adafruit ItsyBitsy RP2040, a tiny board featuring an RGB color NeoPixel, and the Pimoroni Pico Explorer Base with its built-in breakout board.

There are some excellent hardware implementations designed for deeply embedded applications, too. The Arduino Nano RP2040 Connect combines the power of RP2040 with built-in IMU and audio sensors, WiFi and Bluetooth connectivity and a crypto chip for secure IoT applications.

With the RP2040 and Raspberry Pi Pico, it’s never been easier for those new to the Raspberry Pi and Arm ecosystems to get started and build something that augments their world in new and unique ways. We can’t wait to see what you do with it.

Get started with the RP2040 and Raspberry Pi Pico today

Raspberry Pi Pico is a tiny, fast, and versatile board built using RP2040, a brand-new Arm Cortex-M microcontroller chip designed by Raspberry Pi. Buy it now for $4 and begin your journey to developing on Arm.