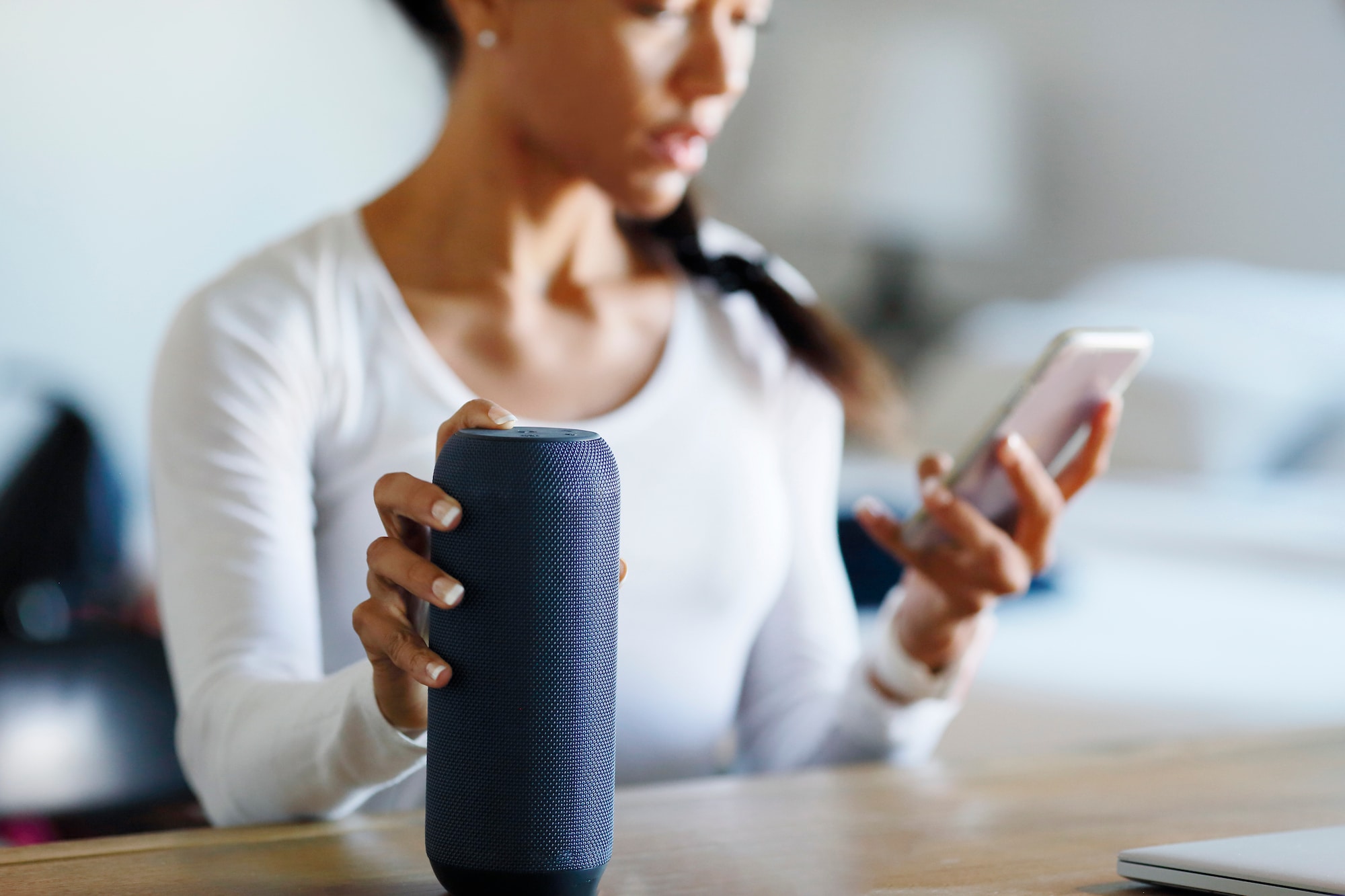 The technology we use in our homes and pockets today allows effortless access to video and music.  I can pull up the video or song I want to play and with the tap of a finger, send the audio to my home’s wireless speakers, or to my earbuds.  This magic, enabled by technologies like Bluetooth and Wi-Fi, has liberated us from a wired world, but it still comes with some stubborn limitations.  Try listening to a movie on your tablet with a family member on a plane, and you’ll quickly realize the audio can’t be simultaneously shared between two people wearing earbuds.

What if, with a tap of a finger, you could invite others to share a high-quality audio stream broadcast directly from your phone or tablet.  Furthermore, what if this audio sharing capability worked seamlessly with earbuds, hearing aids, and wireless speakers.  This example is close to becoming a reality, and it is just one of the new use cases being enabled by the next generation of Bluetooth audio, known as LE Audio.

Bluetooth has been around twenty-three years and with 1.1 billion devices shipping annually for audio streaming, it’s pervasive and important. But demanding audio use cases and the need for higher fidelity audio have stretched Bluetooth to its limits.  Workarounds, in the form of proprietary extensions, have improved audio quality through non-standard codecs and made wireless stereo earbuds possible, but the limits of the technology were being reached.  Classic Audio needed an update.

Over the last decade, the lower power variant of Bluetooth known as Bluetooth LE has made strong inroads into the IoT market.  Now it is poised to completely revolutionize the audio market with the debut of LE Audio. Bluetooth LE Audio introduces fundamental new capabilities: Broadcast audio, and a high-quality standard codec called LC3.

Each of these improvements is notable, but together represent a step-function in audio capability and open the door to a vast number of new user experiences.  In this post, I’ll touch on use cases that are now possible, detail the enabling technologies, and describe how it all comes together.

Bluetooth Classic Audio: The name reflects the original standardized audio technology that we use today.  Classic Audio was developed with the intention of supporting point-to-point applications like handsfree calling and music.  Classic Audio was never designed with protocols for broadcast communications, so a brand-new protocol specification was required to support it.

LE Audio adds these broadcast protocols, enabling an unlimited number of users to receive audio streams broadcast by a device.  A parent and child both watching a movie on the same tablet, listening in their own headsets, is now possible.

Taken a step further, consider how audio sharing might work in a public venue. Here, an LE Audio transmitter broadcasts multiple language streams simultaneously to a large audience. The user simply selects the language stream they want to listen to. One can imagine how this scenario can apply in business and academic settings where conference attendees and students receive high-quality audio from a presenter.

There are countless other examples where LE Audio can enrich the user experience including watching TV in a noisy restaurant/bar or gym, dancing at a silent disco with friends, and being able to listen to airport announcements seamlessly and directly into your individual earbuds or hearing aids.

One major weakness of the Classic Audio solution is its standard codec, known as SBC.  The SBC codec never quite met the quality expectations of streaming audio users, so proprietary codecs with better audio quality became a popular workaround for Classic Audio.

This is another problem solved by LE Audio.  LC3 is the name of the new codec introduced by the Bluetooth SIG for LE Audio and the acronym stands for Low Complexity Communications Codec.  LC3 is one of the most advanced audio codecs available today, and as the mandatory codec for LE Audio, it will ensure products can deliver interoperability as well as superior audio quality. LC3 also saves power by delivering audio quality that can exceed the quality of the SBC codec at a 50% lower data rate. For example, listening tests show that high quality music can be delivered with an 80kbps stream at a 48kHz sample rate.

LC3 excels against the SBC codec in all instances, even operating at half the data rate

The enhanced capabilities of LC3 can require significant CPU processing power, and this creates a need for CPU optimization of an LC3 software implementation. This need is amplified by applications that require encoding of multiple simultaneous audio streams, like the broadcast use cases we’ve described above.  A highly optimized LC3 codec can run multiple active encode instances on a single CPU and eliminate the need for a dedicated DSP.

To create a comprehensive solution for LE Audio including the LC3 codec, Packetcraft partnered with codec specialist ESPICO Ltd., combining our industry-leading LE Audio protocol stack with ESPICO’s highly optimized LC3 codec. Packetcraft’s initial LC3 offering is Bluetooth SIG qualified and optimized for Arm Cortex-M4 and M33 cores.  With a CPU requirement as low as 18 MHz on Cortex-M33 for encode of a 48kHz/80kbps high-quality audio stream, Packetcraft’s LE Audio solution supports multiple high-quality stream encodes on a single CPU, and opens the door to developing LE Audio products with many Bluetooth SoCs available today that use Cortex-M4 or M33 cores.

To take advantage of the advanced signal processing instruction set of the Arm Cortex-M55 CPU, ESPICO has performed additional assembly language optimization, resulting in a 30-50% improvement in CPU utilization over Cortex-M33. This leaves more CPU cycles for an application to take on even more LC3 codec instances, or to run other audio signal processing algorithms without the need for a separate DSP in the system. As more semiconductor vendors release powerful microcontrollers and Bluetooth SoCs with Cortex-M55 cores, developers will have the freedom to code all the CPU-intensive audio processing software in their product on an ARM core, using the tools of their choice from Arm’s unparalleled developer ecosystem.

What’s next for Bluetooth Audio

LE Audio technology is just emerging, with products supporting the technology, including mobile phones, expected to become available this year.  As the LE Audio product ecosystem grows and more chips become available, developers will use LE Audio to transform existing products and invent new ones.