If you are familiar with Arm, you have likely read or heard the term "Arm Ecosystem" at some point. You would be hard-pressed to find any Arm collateral, whether it’s a blog like this one, a press release, web page or white paper, that doesn’t refer to the Arm Ecosystem. And why shouldn’t we? No other business ecosystem comes close to this group of silicon, system and software companies responsible for shipping more than 130 billion Arm-based chips to-date.

And while I was reading the first sentence in a recently published white paper by The Linley Group stating, "Having shipped in more than 130 billion chips, the Arm architecture has become as familiar as breathing to many SoC designers," it struck me that the Arm Ecosystem is more than just the world’s largest compute ecosystem. It is shared oxygen for SoC designers.

I became more convinced of this after reading the entire whitepaper, titled "Arm Ecosystem Reduces SoC Design Cost and Time to Market." The paper looks at the near-immeasurable value the Arm Ecosystem provides SoC design teams throughout key points of the design cycle including verification and physical design.

The paper also details the role of the ecosystem in creating standards in support of chip-level security and functional safety. And perhaps most important, it discusses the software and tools investments made by Arm and its ecosystem to ensure compatibility across both the Arm ISA and processor implementations, helping the entire ecosystem avoid having to use the dreaded f-word: Fragmentation. 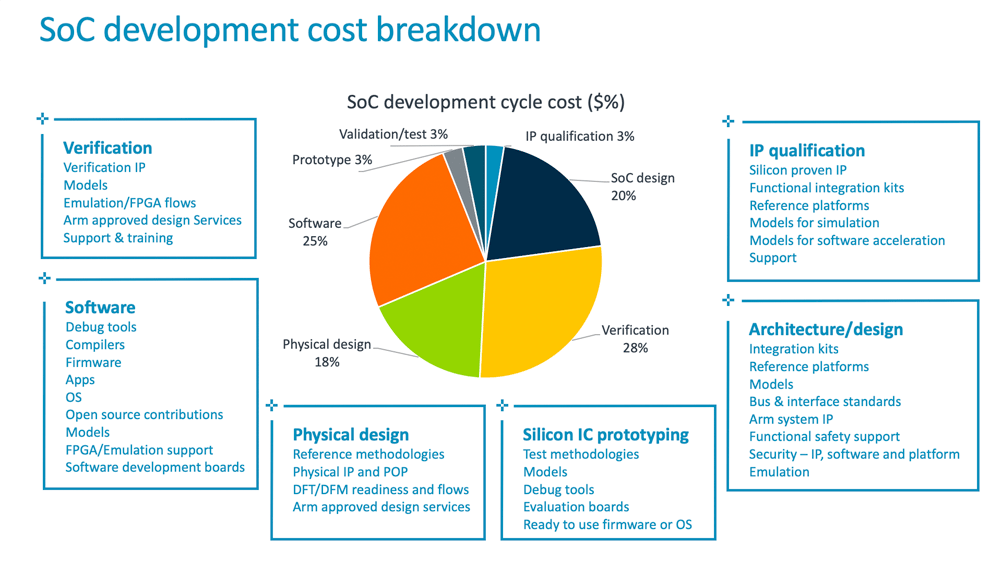 Take a few minutes to go to The Linley Group site and read the paper. Especially if you’re planning new embedded or deeply embedded silicon projects where SoC averaging selling prices can often be in cents, not dollars. After reading it you will have a better understanding of how the shared oxygen of the Arm Ecosystems can help in balancing innovation with maximizing TCO and margins.

Earlier I mentioned the "near-immeasurable value" the Arm Ecosystem provides SoC design teams. That may have been a bit too strong as we were recently able to gather data from both our ecosystem and third-party research that quantifies the estimated SoC design costs with and without the support of the Arm ecosystem. I’ll close by letting the numbers speak themselves. 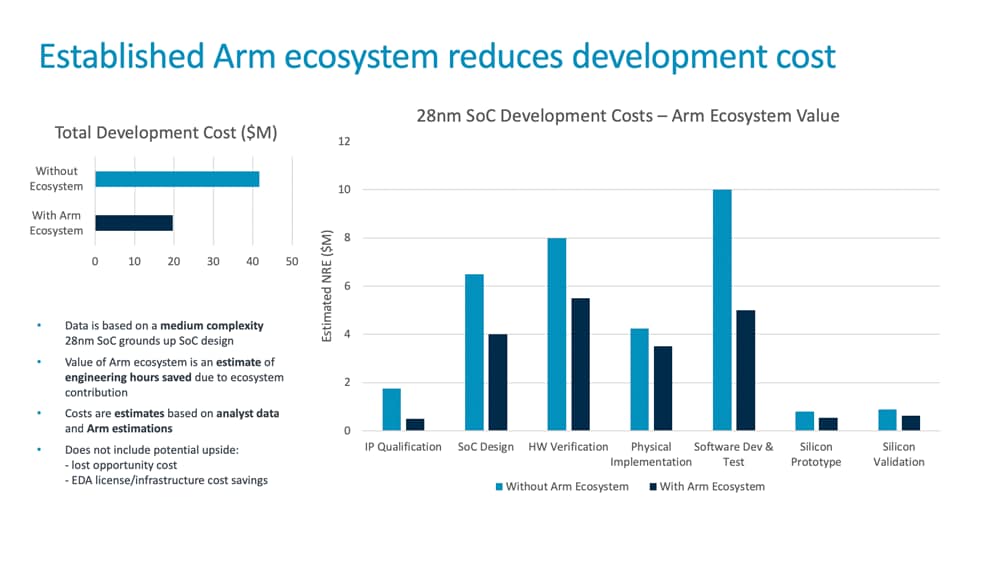