Embedded World 2019: The innovation foundation for a trillion connected devices

I’ve just returned from another thrilling Embedded World (EW) event in Nuremberg, and this year the overwhelming theme of the show was all about shifting more intelligence to the device, reducing reliance on the cloud and giving developers more headroom for innovation.

A brilliant example of a company catalysing creativity and making local compute accessible for all is Raspberry Pi. At Embedded World we collaborated with the Raspberry Pi Foundation to celebrate the milestone of 25 million Arm-based Raspberry Pis shipped to date. The Pi is a great tool for education and students as it offers a wealth of open-source examples; yet as it continues to enhance performance, it has also become the base for many commercial compute applications. To celebrate this achievement, Arm distributed 25 Raspberry Pi kits kindly sponsored by the Foundation.

Arm believes it is critical to equip the next generation of engineers with the necessary skills to compete and innovate in the modern economy, so we systematically support the effort to address the growing education and skills gap in computing and STEM. One of our key initiatives is the development of academically-rigorous and industry-informed education kits, available free of charge to teachers and academics worldwide – now used in 1500+ universities worldwide. Our Embedded Linux education kit, for example, teaches university students how to develop embedded Linux-based projects, including Linux kernel configuration and custom peripheral driver development, using low-cost, yet powerful Arm-based single board computers, including Raspberry Pi.

Beyond universities, Arm is working closely with partners, such as Raspberry Pi Foundation, to address the STEM education gap at schools, e.g. within the framework of the recently announced “National Centre for Computing Education,” which promises to make a step-change in reach and quality of computing teaching across England.

In addition to Raspberry Pi, there are a number of other single-board computer (SBC) and module companies pushing the limits of edge device compute. To highlight these companies, Arm recently announced the Leading Edge Program and introduced our first wave of partners: AEEON, iWave, Seeed Studio, SECO, and Toradex. They had fantastic demos to showcase at EW, so we hosted a scavenger hunt to help developers explore the range of capabilities on offer. It was encouraging to see that is only the start of the momentum, as we had many discussions with other companies at EW who are keen to join forces with us in this effort to advance the ease and accessibility of rich embedded computing on Arm.

Expanding the possibilities for edge device computing for 2019

Embedded World is always a marker for the industry and for the coming year: where is it going, what should we be expecting for 2019? And without a doubt, this is a year of pushing the limits with intelligence and advanced compute for IoT and embedded devices. The Arm ecosystem is leading the way and we’re excited to see what will be unleashed this year to help developers change the world around us, before our very eyes.

Find out more about Arm’s recent announcements that will enhance edge compute capability and stronger security for future IoT and Embedded devices: 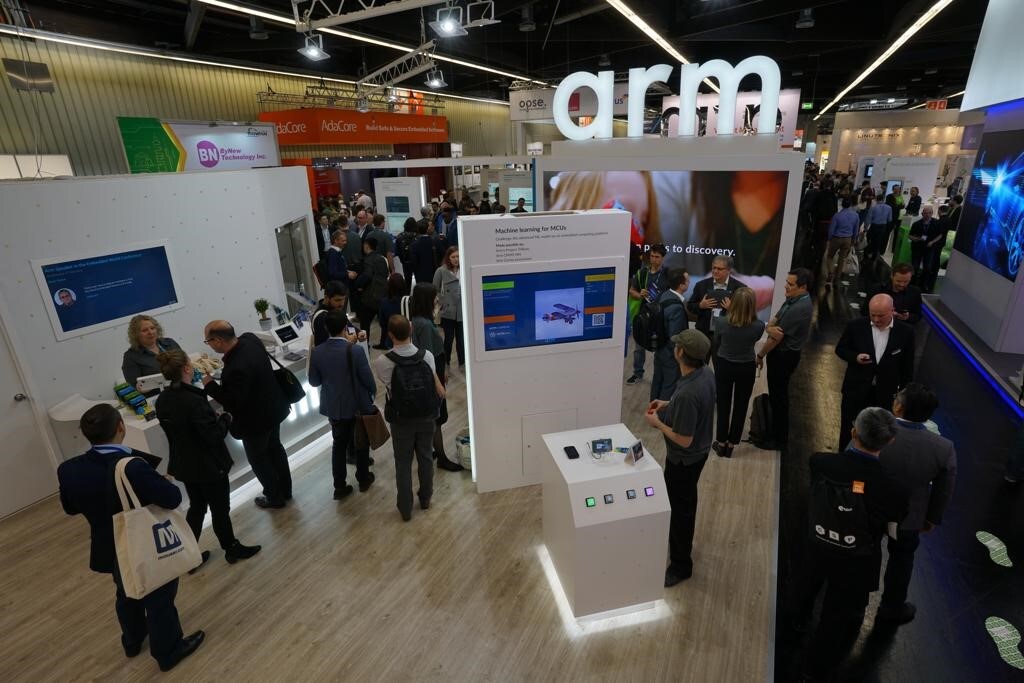 Arm technology is at the heart of a computing and data revolution that is transforming the way people live and businesses operate. Our energy-efficient processor designs and software platforms have enabled advanced computing in more than 180 billion chips and our technologies securely power products from the sensor to the smartphone and the supercomputer. Together with 1,000+ technology partners we are at the forefront of designing, securing and managing all areas of AI-enhanced connected compute from the chip to the cloud.