Vaonis founder and CEO Cyril Dupuy set out to lower the barrier to entry for budding astronomers with the Arm-powered Stellina smart telescope. Now, he's lowering it even further with Vaonis Vespera. 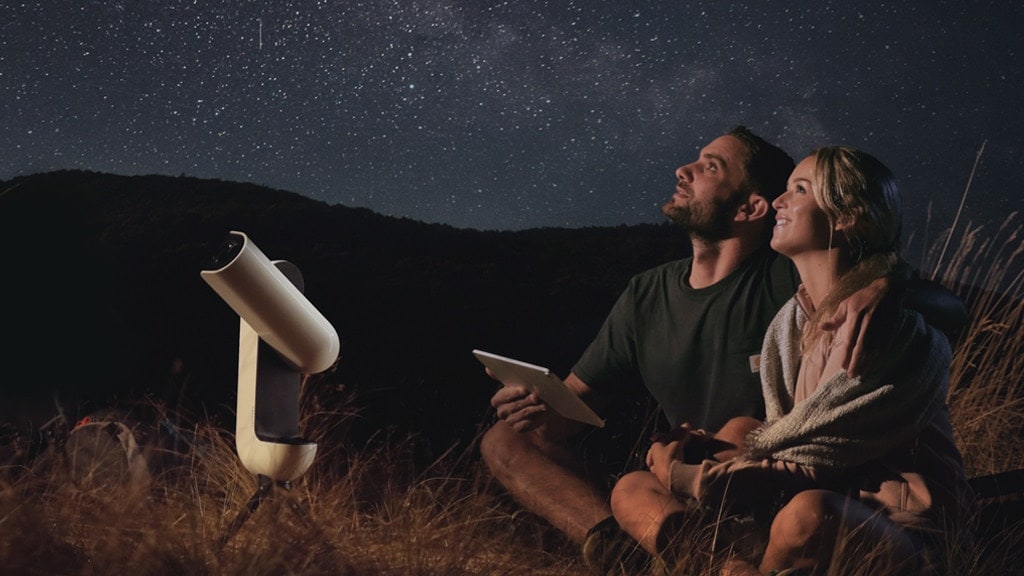 Telescopes may have enabled us to explore deep into the universe and changed our conception of our place within it, but despite numerous technological advancements in the past few decades, they haven’t got any easier to take on a camping trip.

With delicate lenses, mirrors and significant weight and mass, even the simplest beginner telescopes can be complicated to set up—especially in torchlight. And that’s just if you want to squint through a viewfinder: take a step further into astrophotography and you’ll need computerized equatorial mounts and a digital SLR camera. All of which makes for a less than stellar experience, and that’s before you’ve even pointed it at anything.

I created Vaonis to make it easier for anyone to glimpse and capture the wonder of the galaxies. Our smart telescopes—we call them exploration stations—effectively combine high sensitivity photography, celestial navigation, robotics, Internet of Things (IoT) aesthetics and algorithm-based compute into a 10-pound device that simplifies stargazing.

Setting up a Vaonis smart telescope really is as easy as pushing a button. That button establishes a link with your smartphone, from which you then select a galactic destination. The smart telescope then identifies where it’s pointed at in the sky by analyzing star patterns, moves to find its target and then proceeds to take a series of long-exposure photographs—all while precisely rotating to compensate for the movement of the earth. Future enhancements may include incorporating artificial intelligence (AI) for better resolution.

Then, image stacking software—perhaps the most important element of the smart telescope system—weaves the images together to significantly increase the dynamic range of the final image. After several minutes, a single, ultra-high resolution image appears on your smartphone screen.

That is, it’s safe to say, a lot of compute-intensive technology packed into a smart telescope only 15 inches high. Several million tasks are processed between the moment the lens captures the starlight and the moment you see it on your mobile device.

The electrical and mechanical systems for Stellina, our first exploration station, are controlled by an Arm Cortex-A53-based Raspberry Pi board, designed in conjunction with Raspberry Pi. The upcoming, more affordable Vespera runs on a Cortex-A72. Using Arm technology gave us the best us the best balance between performance, lower power and cost.

The image above gives you an idea of how a Vaonis smart telescope works. It shows the Triffid Nebula (also known as Messier 20), a combination of three star clusters 5,200 light years from Earth. The red represents a region dense in hydrogen, the blue shows oxygen in reflection. A gallery of other images can be found here.

Lowering the barrier to entry with the Vaonis Vespera

We created the first Stellina prototype in 2014. In 2016, we became part of the European Space Agency’s incubator program. In 2018, Stellina officially came out as a product and was nominated for the 2018 CES Innovation Award in digital photography.

While we were extremely happy with the results, we knew that at $3,999, price was a barrier to entry for many interested in exploring the cosmos from their smartphones. No device with this amount of high-end imaging technology inside is going to be cheap, and if you were to piece it together from discrete astronomy components it’d cost you a great deal more—but given our mantra to bring astronomy to everyone, we knew we wanted to lower that barrier for as many as people as possible. To reach more consumers, we worked tirelessly to develop a scaled-down version called Vespera for $1,499 that still enabled the same incredible views of the universe. Earlier this year, the Vaonis Vespera smart telescope won the 2021 CES Innovation Award—and it will start shipping in early 2021.

Many people think of telescopes purely as magnification devices—it’s why, when they go to buy their first telescope, they prioritize zoom multiplier over anything else. But that’s only one part of the equation. Our stations provide 50x optical zoom, but zoom is not the critical issue for celestial astronomy. The Andromeda Galaxy, 2.5 million light years from Earth, would actually appear larger to humans in the night sky than the moon. Unfortunately, it’s too dim for us to perceive it.

Highly sensitive image sensors from Sony have changed that part of the equation, capturing an image through exposures lasting 10 seconds. By combining these sensors with our own patented image processing algorithm running on the Raspberry Pi, we can analyze the images at the pixel level, remove noise and artifacts and merge each subsequent image to create a more precise, detailed picture. All within the smart telescope itself, however far you are away from civilization.

While the first images begin to appear right away, a deeper, clearer image can be produced in seven to ten minutes. But there isn’t an upper limit. A finalized image can include 700 images and take over two hours to fully develop.

At first I thought some users might object to the incremental process for creating images, but it’s been a surprise hit. It makes it a live experience.