While the virtual reality market simmers, augmented reality is ready to boil over 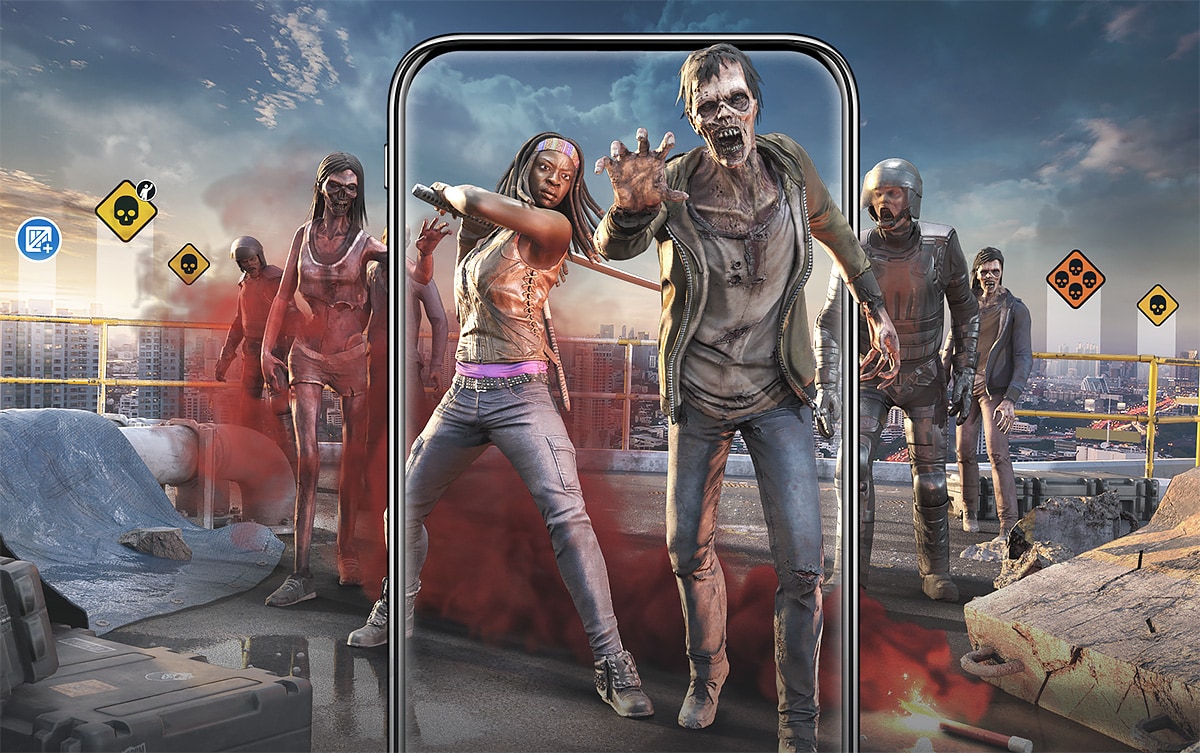 Augmented reality (AR) and virtual reality (VR) are two of the hottest technology trends in gaming, both offering a new layer of immersion for gamers. By 2022, the AR/VR market size is predicted to be $192.7 billion, with a significant part of this market growth likely to be driven by gaming. However, AR and VR are very different beasts in the world of mobile gaming. While VR has its challenges and limitations on mobile, AR appears to have boundless potential. This was the conclusion of an Arm commissioned report ‘The New Reality for Mobile Gaming: The VR/AR Opportunity’, from the market intelligence agency Newzoo, which investigated the mobile gaming opportunities for AR and VR.

VR vs. AR on mobile

On mobile, there are options for gamers to turn their phones into VR headsets, such as through Google Daydream and Samsung GearVR. However, according to the Newzoo report, only nine percent of smartphones worldwide are VR compatible (this figure doesn’t include Google Cardboard). On the other hand, the report states that 26 percent of active smartphone devices are able to use either Apple’s ARKit or Google’s ARCore. In fact, Google has been steadily adding new device support for ARCore. In addition, more gamers have played AR-based games than VR-based games on mobile. From a Newzoo survey of over 2,000 people in the U.S., 53 percent have played AR-based games more than once on mobile, whereas the figure is 28 percent for VR-based games. Overall, AR-based mobile gaming appears to be more accessible than VR-based mobile gaming, while AR-based games are far more commonplace on mobile.

Gaming and Virtual Reality are a great fit, and much of the VR gaming growth has come through PC and console-based experiences. VR makes existing games more immersive, which is recognized by many leading games that have been adapted for VR, such as Doom, Fallout 4, Skyrim and Borderlands 2. Gaming – across all platforms – is also the most common use of VR, with 73 percent of Americans surveyed by Newzoo stating that they have used VR to play games. Focusing specifically on mobile-based VR headsets, the majority of apps are gaming – 62 percent for Daydream and 69 percent for Gear VR.

However, barriers remain in making Virtual Reality more accessible to consumers, with expensive hardware that requires a dedicated space and long set-up time. To get around these barriers, VR headset-makers have been developing all-in-one cordless solutions featuring cost and energy-efficient, high performance mobile processors. Oculus and HTC are leading this space through devices like Oculus Go and HTC Vive Focus, while the soon to be available Oculus Quest is capable of Rift-like VR experiences in a truly portable form factor.

Another challenge is the limited Virtual Reality gaming content. Developers are waiting for VR to gather momentum before committing to more VR-based games. However, consumers want to see more content to justify the high cost of purchasing a VR headset, which means headset-makers are holding off developing more hardware. This awkward catch-22 situation can lead to innovation stagnation on both content and hardware.

Since 2016, there have been significant investments into AR. In addition to Apple’s investment in ARKit and Google’s into ARCore, over $6 billion has been raised by AR/VR businesses in 2018, with the largest investments going to AR companies. These include investments into Magic Leap, Epic Games (the owner of Unreal Engine, which has a development platform for AR apps) and Niantic (the creator of the renowned location-based AR games including Pokémon Go).

The ability of Augmented Reality to enhance your world, environment and merge new realities lends itself perfectly to mobile gaming. The Newzoo report explored the number of AR apps in the Apple App Store and Google Play Store in 2018 that mentioned ARKit or ARCore in their descriptions respectively, with gaming apps being the largest category. Twenty-five percent of all downloaded ARKit-based apps in the Apple iOS app store are games, with the percentage increasing to 74 percent ARCore-based apps in the Google Play Store. Interestingly, for the top 20 AR apps in the Apple iOS App store only six are gaming, whereas eight are gaming in the Google Play Store. This perhaps indicates that there is still a lack of innovative gaming content that truly resonates with consumers, but given the large pool of compatible smartphones this situation is evolving fast.

ARKit and ARCore are relatively new software development kits, with continuous investment from Google and Apple respectively bringing improvements and new features with each new release. This means developers are still learning how to best develop for Augmented Reality. Similarly, dedicated AR hardware is also in the early stage of development. Microsoft’s recently launched HoloLens2, which has moved to an Arm-based platform, is being targeted at businesses, not consumers. Wearable AR glasses is where the future of AR lies for consumers, but this is still several years away.

It will be interesting to see how these AR wearables can be combined with smartphones to provide immersive AR gaming experiences on mobile. Qualcomm has recently partnered with Nreal, an AR smart glasses manufacturer, which involves cross-platform compatibility with smartphones that use the Qualcomm Snapdragon 855 4G mobile platform, which is built on Arm CortexTM technology. Essentially, the AR smart glasses can be connected to a smartphone to utilise its computing power, which has potentially exciting implications for mobile gaming.

VR and AR have massive potential in gaming, but maybe with a different audience focus. VR gaming is most likely to be enjoyed by core gamers on high-end PCs, consoles and dedicated, mobile processor powered, VR devices, as the immersion it offers requires a controlled space to experience, whereas AR has far more potential for mainstream success through mobile. This is highlighted by recent success stories that use AR features, such as Pokémon Go. Moreover, many smartphones are already equipped to handle AR games and experiences, and, most importantly, AR can be experienced in almost any situation. As with mobile gaming in general, the key is more performant smartphones, powered by Arm technology, offering premium gaming experiences that are AR and VR capable.

However, quality content shortages and hardware innovation are affecting both AR and VR. The challenge is getting past the catch-22 situation where game developers are not developing content because the hardware isn’t developing fast enough, but hardware makers aren’t developing the hardware because not enough innovative content is available. Expect this to change – especially for AR – as more and more AR and VR-capable smartphones hit the market. This is likely to justify the increasing allocation of developer resources.

AR is still evolving, but support and innovations in hardware and software are happening at an accelerating rate. With Arm-based mobile technologies supporting a huge eco-system of hardware and software partners, it is only a matter of time before AR-based mobile gaming really takes off. As I mentioned in a previous Arm blog, I’m convinced that AR is on the right track to be everyone’s must have by 2023. Expect more innovation around hardware and content to happen over the next several years, as consumer adoption of AR on devices starts to accelerate.

Crafting Arm’s vision, strategy, solutions and partnerships for the next wave of personal computing, Augmented Reality.