What Turned Our Heads at Mobile World Congress 2022?

From the latest devices to new Arm-based chips ready to power new metaverse experiences, there was plenty to get excited about in Barcelona this year. 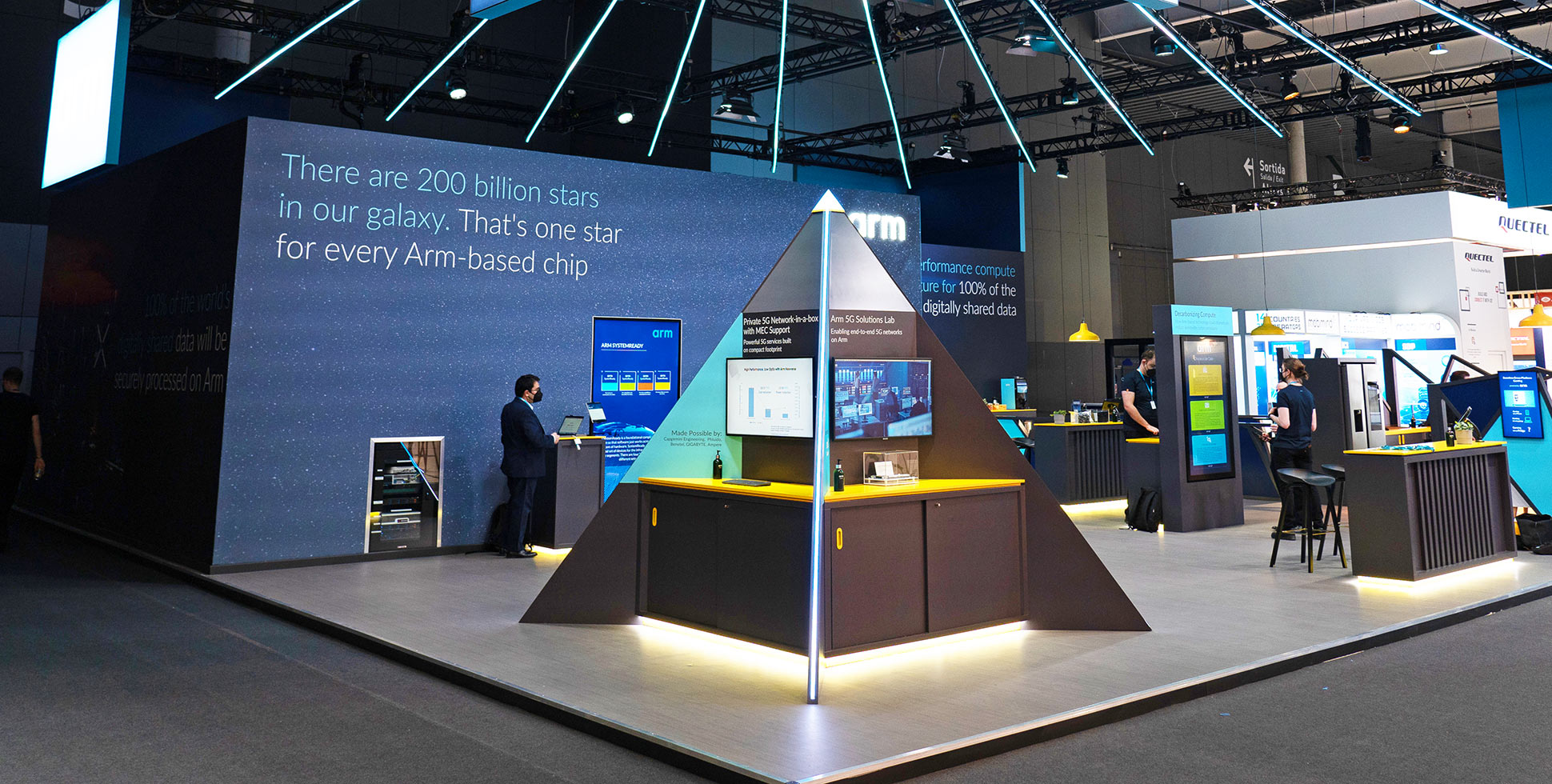 Mobile World Congress was back with a vengeance in 2022, with the halls of Barcelona’s enormous Fira Gran Via exhibition center once again filled with the latest and greatest technology – much of it powered by Arm.

The show remained true to its roots as a launchpad for some of the most exciting new smartphones – the Oppo Find X5 Pro, Motorola Edge Plus and Nokia’s range of low-cost handsets to name just a few. Yet exhibitors also showcased a range of other advancements from every corner of computing – from automotive to the metaverse. Read on to discover the technologies that piqued our interest.

2022 is already proving to be a great year for 5G infrastructure tech. At MWC we declared the Arm 5G Solutions Lab open for business by showcasing some of the first live use cases on our stand. The Lab is an innovation center hosting Arm’s hardware and software ecosystem partner offerings to collaborate on developing end-to-end solutions, from small and macro cells to private 5G networks and more.

Also, on the Arm stand we showcased Marvell’s 5G Open RAN Network Interface Card built on the Arm Neoverse-based OCTEON Fusion platform that brings together the best of cloud and 5G architecture.  The RAN-NIC accelerator cards slot into a server’s PCIe bus, offloading compute-intensive 5G baseband functions to free up compute resources on the server while reducing the power and footprint required to support open RAN networks.

As you might expect, the metaverse was everywhere at Mobile World Congress 2022. SK Telecom, one of South Korea’s largest telecoms operators, even brought a metaverse rollercoaster to the show –hoisting virtual reality (VR) headset-wearing attendees into the air on a giant robotic arm.

Read more about how the Arm ecosystem will provide the specialized compute needed by consumer gateway devices used to access the metaverse, along with the underlying cloud, edge, and 5G infrastructure.

Lenovo’s (and previously IBM’s) ThinkPad line of business-oriented laptop computers will celebrate its 30th birthday this year. What more fitting way to celebrate (in our opinion) than with the release at MWC 2022 of the ThinkPad X13s, the first laptop to be powered by Qualcomm’s new Snapdragon 8cx Gen 3 system-on-chip (SoC)? Qualcomm’s chip is an absolute powerhouse: it packs four Arm Cortex-X1 prime cores delivering peak performance when required, alongside smaller A78 cores for maximum power efficiency.

Lenovo claims an impressive 28 hours of video playback between charges – and it’s all set for 5G mmWave connectivity, too. In short, Lenovo has brought all of the benefits of Windows on Arm to a well-worn, and well-loved, product line.

As device manufacturer OPPO unveiled the first MediaTek Dimensity 9000-powered smartphone, the Find X5, MediaTek was back for more with the Dimensity 8000 and 8100 SoCs. While they come in just beneath the Dimensity 9000, they’re still premium SoCs – featuring an octa-core design including four powerful Arm Cortex-A78 cores, alongside an Arm Mali-G610 GPU.

You’ll likely see the Dimensity 8000 appearing in more affordable, yet still highly performant smartphones later this year. MediaTek is pitching this one for the gamers – its HyperEngine 5.0 engine promises ‘best in class’ high frame rate gaming experiences, all the while remaining light on battery drain.

Okay, okay. We’re willing to admit that our announcement earlier this month that fridge gaming is a thing now may have been a little tongue-in-cheek. But given the amount of interest we got in the gaming fridge we brought to our stand at MWC 2022, we’re starting to think we might be on to something.

Either way – it’s not about the fridge. What it is is a demonstration of just how pervasive AAA gaming-capable Arm processors are in everything from smartphones to fridges to cars. The use cases go far beyond battling beasts and slaying skeletons – that huge fridge screen might one day become a portal to the metaverse, enabling you to browse shelves and make purchases in 3D.