Ian Bernstein, Founder & Head of Product at Misty Robotics, fills us in on his leading lady and the road to bringing her to life 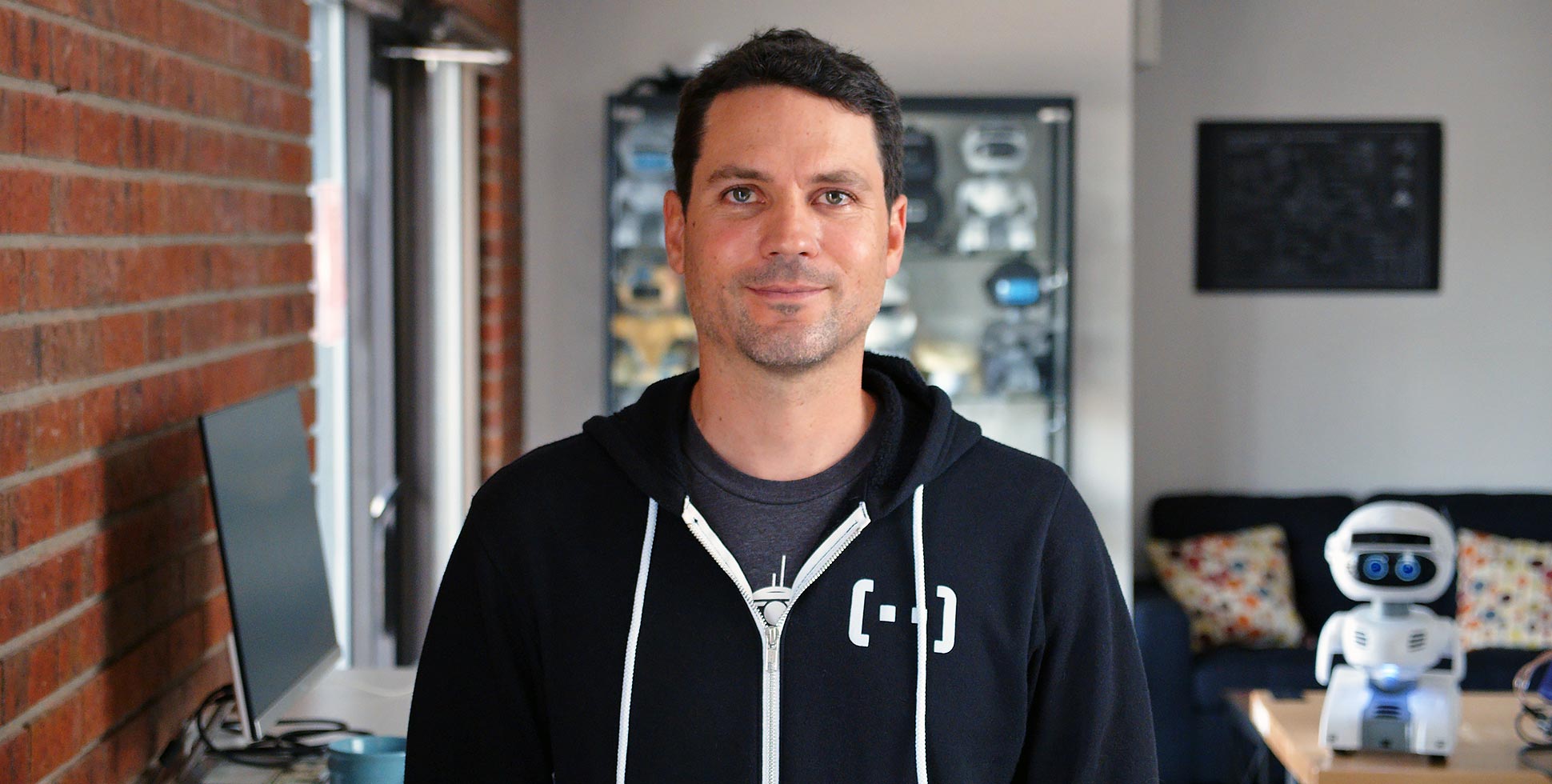 After five years of thinking, tinkering, developing, tinkering some more, designing, and engineering (and plenty of other ‘ings’), the team at Misty Robotics started shipping our first Mistys in September 2019.

Standing just 14” tall, Misty’s modest frame belies her many capabilities and her immense platform that brings the power of robotics to developers around the world—no robotics experience necessary.

My own robotics journey started back when I was in grade school. Recognizing my interest in mechanics and electronics, my teacher suggested I enter a robotics competition. I built three robots over four days: not bad for a kid whose only prior knowledge of robots was R2D2 and C3PO from the original Star Wars movies.

Fast forward to 2014 and I’d come full circle. Having co-founded Sphero with Adam Wilson in 2010, we were approached by Disney to build the Sphero BB-8, a toy version of the BB-8 robot, first launched in Star Wars: The Force Awakens.

Over one million Sphero BB-8 sales later, Adam and I were ready to go further: build a real BB-8 or R2D2. Not a toy robot lookalike but a true robot companion living in your home or office, performing useful tasks. A robot with character, intelligence, communication abilities, and responsiveness. And most importantly, a robot that any software developer can build upon. This is how Misty Robotics was born.

Misty provides a new world of opportunities with robots for business, personal, research and educational use. She’s purpose-built for developers, has the tools and documentation needed to build her skills quickly and easily, and is readily extensible via third-party APIs, hardware modifications and extra sensors.

She may look adorable on the outside, but inside she’s packing some serious technology, powered by Arm. Misty Robotics chose Arm for a combination of reasons including cost, availability, familiarity, development tools, support, compute power, and low power consumption.

I was already familiar with the embedded microcontroller cores in Arm Cortex-M processors and had shipped millions of robots with them during my time at Sphero. At Misty Robotics, we use several of these microcontrollers to control real-time systems within Misty like power management, motor control, movement and wireless charging. We also used Arm-based processors at a high level in Misty’s ‘brain’. This is where the bulk of our software runs, where customers can build and run their own skills, and where compute-intensive workloads such as simultaneous localization and mapping (SLAM), machine learning (ML) and computer vision algorithms run.

It’s these cutting-edge, intensive workloads that give Misty some of her most exciting features. For example, her built-in high-resolution camera to recognize faces or objects; or her structured light sensor that allows her to perform SLAM to map her environment and navigate autonomously within it. We’ve already seen developers create new receptionist greeting skills, conversational skills, and security skills that I hadn’t dreamed of—and I suspect I’ll see many more unique use cases as the platform grows.

It’s that exponential growth, as developers who are experts in their individual fields take the platform and make it their own, that was the original hypothesis behind Misty Robotics. Sell a development platform to companies with software developers, these companies build out solutions in verticals they are experts in, they pilot these solutions with customers or potential customers, then they sell the completed solutions into their vertical markets.

So, in February of this year, when our first customers were starting to pilot the solutions they were creating with Misty, we were extremely excited to see our hypothesis behind the company playing out. Developers have technology in common, but as employees and individuals, we’re all passionate about so many different things, and we’re now watching as they build these skills on top of Misty.

Some developers have customers that have ageing parents and are committed to creating a safe environment for them. Some have kids with special needs and are passionate about building out in that space. Others have business use cases for Misty as a receptionist, a greeter, or even a temperature screening assistant. Our clients are all using Misty as a building block for their specific needs.

It’s amazing to us to see what our technology is making possible for others, and it’s all Made Possible by Arm.