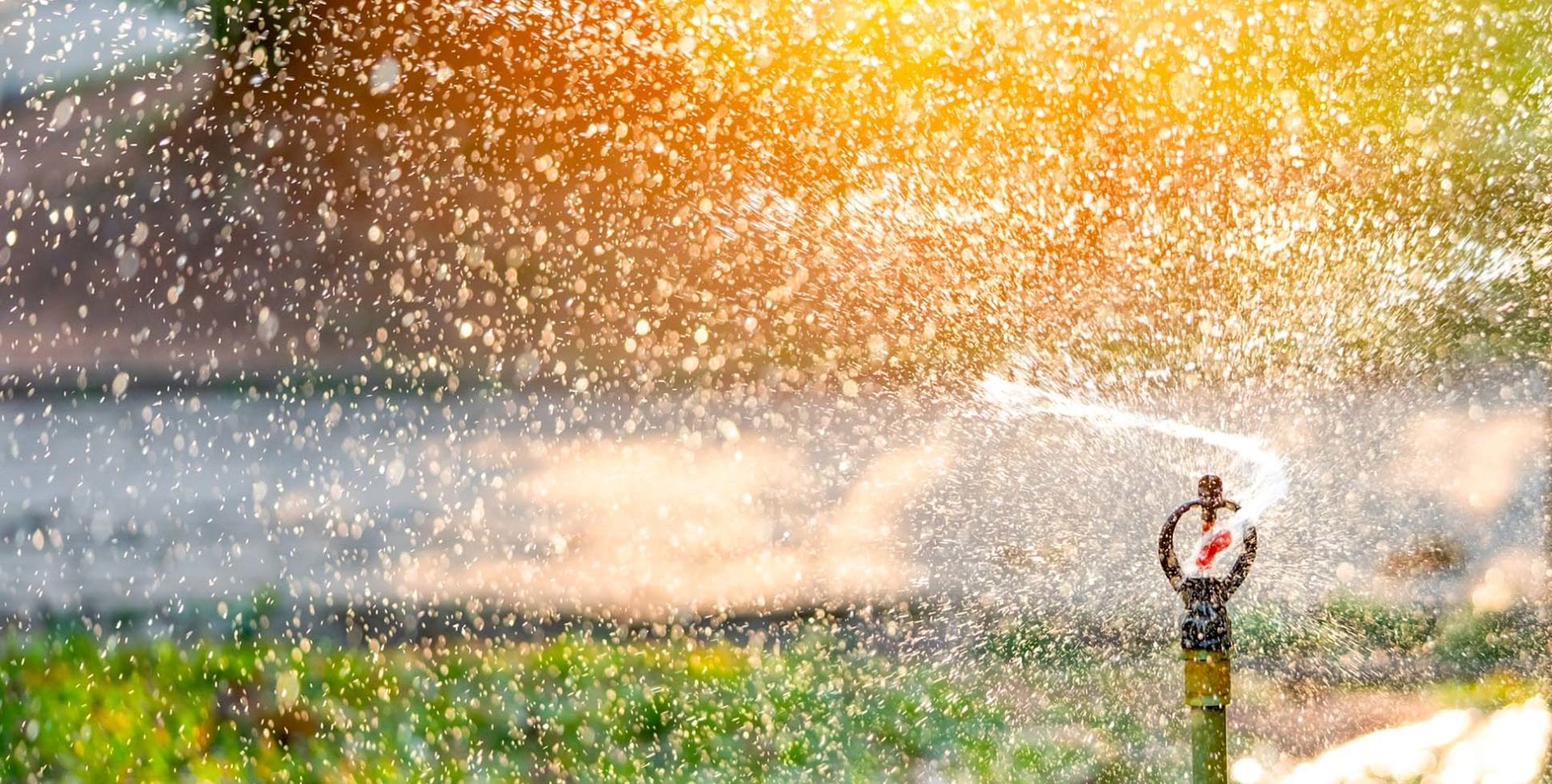 Mid way through the unprecedented drought that threatened California from 2011 to 2017, a study by NASA revealed that cultivated grass is now America’s largest single crop. But while it noted that well-manicured lawns can help to remove carbon dioxide from the atmosphere, the study cautioned how unchecked artificial yard irrigation can do far more harm than good.

“It doesn’t matter if you live in the Midwest or the driest corner of Arizona – a thriving lawn is synonymous with the American dream”, says H2OPro co-founder Tom O’Dell. “But keeping that dream alive requires water, and it’s very hard to tell exactly how much. Up to 75 percent of residential drinking water in the US goes on outdoor irrigation, much of that unnecessarily.”

As the drought worsened and California’s top one percent of water users began to receive pleas from officials to change their watering habits, O’Dell realized a dire need for a more intelligent way to monitor irrigation.

“We started thinking about how residential water meters only record overall household usage, so residents don’t notice a problem until their bill spikes. We set out to design an internet of things (IoT) device that combined a sprinkler timer with a flow meter, capable of both controlling and monitoring not only the overall outdoor water supply but multiple individual sprinkler zones.”

Off the shelf, into the garden

“The availability of processors like the Arm Cortex-M4 in COTS components has really made it possible for small groups of engineers to rapidly and cost-effectively develop new applications and solutions within a reliable, verified ecosystem” says O’Dell.

“To me it’s akin to the development of the Internet when, for example, you no longer needed to be some big box retailer with major resources to market and sell your good and services. Anyone with a good idea could gain entry and start to compete. Arm has now helped to bring that same kind of democratization of the market to the hardware community.”

“As a small company our budget was modest, so being able to program the Arm controller in the well-known C programming language was a true enabler for us” O’Dell explains. “The wide range of free EDA (electronic design automation) tools was also extremely valuable for learning and fast application development.”

H2OPro’s Arm-powered device uses up to eight flow sensors to monitor water flow – these attach to the standard solenoid valves used in most sprinkler systems.

“By using the Cortex-M4’s integrated interrupt controller system, we’re able to precisely measure flow to within +/- 10% without any additional hardware logic or associated cost”, O’Dell says.

Meanwhile, the integrated Wi-Fi module makes H2OPro a true IoT smart device; the company’s smartphone app enables water usage to be monitored and recorded remotely, while watering schedules can be created in the app. The system auto-learns typical water flow for each zone – so potential leaks can be tracked intelligently over time, while major leaks will trigger an auto shut-off at a valve level.

As an Internet-connected solution, H2OPro also monitors local weather and auto-adjusts watering schedules. If heavy rain has occurred within the last 24 hours, the system delays watering to avoid overwatering. And thanks to the Arm Cortex-M4’s ease of expansion, further weather-based functionality is planned.

“We’re working on deploying more advanced algorithms that will scale water use based on the forecast” O’Dell says. “We’re also exploring how we can model and measure the process of evapotranspiration more intelligently.”

Down on the farm

As H2OPro has grown, so has its potential uses. “We’re now considering how our technology might scale up from lawns to commercial farms. Considering these can run to several miles of irrigation hose, it presents an interesting loss prevention challenge.”

Despite the hurdles ahead, O’Dell is confident that his technology is up to the challenge. “The flexibility of the Arm ecosystem enables us to create complex, bespoke algorithms that learn what ‘normal’ looks like, no matter what environment the device is deployed in.”

For O’Dell, though, this isn’t just about improving the farm’s bottom line. The droughts experienced in his home state over the past seven years still play on his mind.

“Agricultural water use has become even more critical in states like California where increased population, climate change and increased agriculture put more and more strain on our limited water resources” he says. “In these parts of the US, local governments are encouraging land owners to replace their lawns with drought tolerant plants or other types of landscaping.

“Some people will heed these government initiatives while others may still insist on water-hungry lawns. Either way, irrigation will still be needed and we want to provide a solution which minimizes water waste and applies no more water than absolutely necessary to maintain healthy plants. It’s my hope that wherever our technology is deployed, it can help to better manage and preserve some of our natural resources for future generations.”