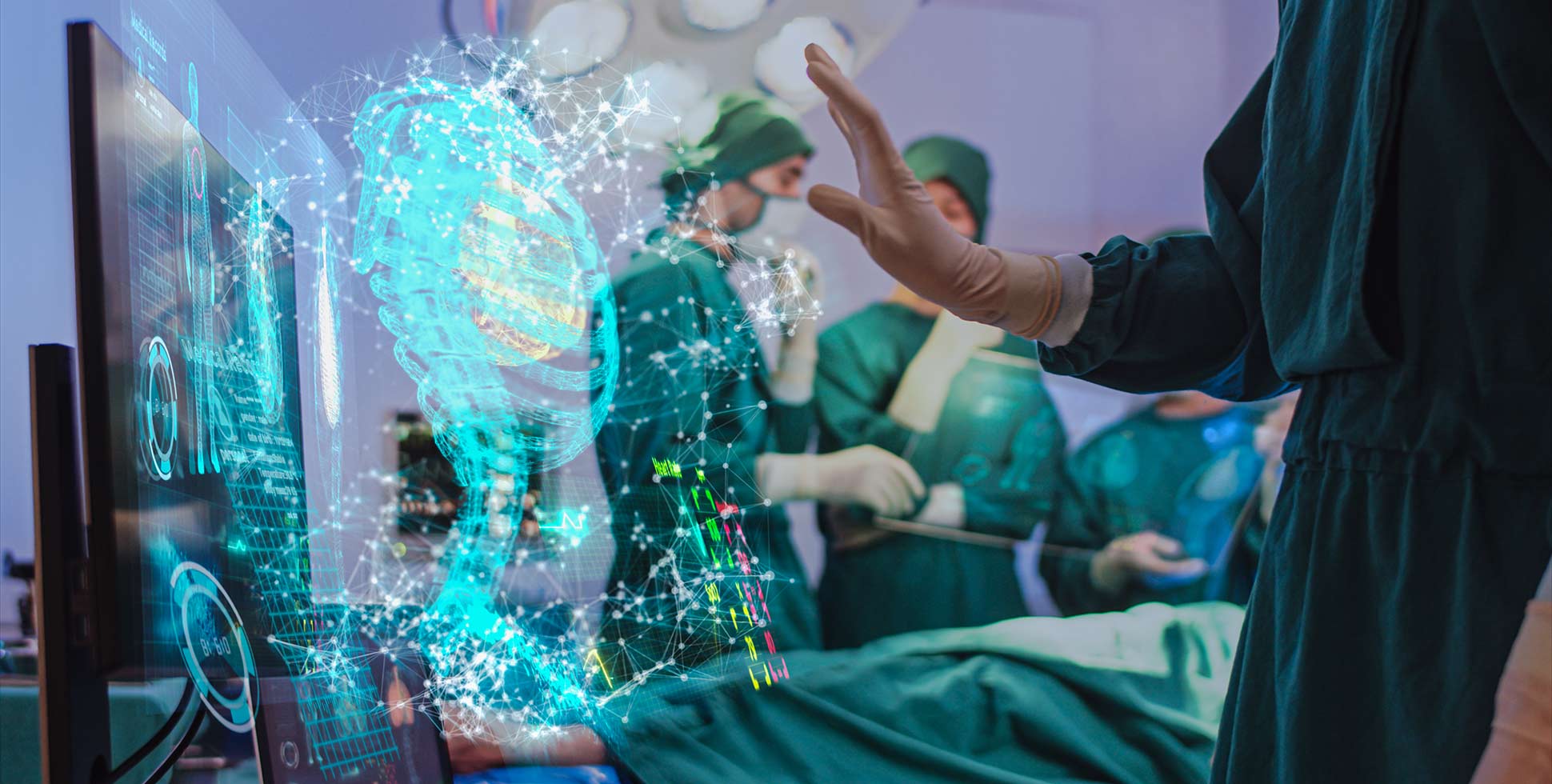 Celebrities have them, cities have them, wind turbines have them – even cancerous tumors have them. And the Earth is getting one. I’m talking about digital twins: virtual copies of physical things that humans and artificial intelligence (AI) algorithms can analyze, evolve and manipulate to better understand the physical version.

Today, surgeons are already using high-performance technologies, embedded with AI, to construct digital twins of patients’ bodies from MRI, PET, and X-Ray data sets to help them get a better understanding of the challenges they face and prepare themselves and their patients for surgery.

Yet step back just a decade ago and the idea of surgeons flying through tumors or – to give another example – engineers being able to talk to wind turbines to resolve issues would have been dismissed as science fiction. Yet here we are, having natural language conversations with machines and getting to know some of our oldest medical adversaries from the inside out.

When we consider the technological progress humankind has made in ten short years thanks to our boundless ingenuity and powerful tools, it’s nothing short of mind-blowing. But it pales in comparison to what’s coming in the next decade – a decade in which the rate of technological change will outstrip everything that’s preceded it, and a decade where the world and our lives will be transformed in unimaginable ways by technologies we haven’t even thought of yet.

We can already see, from technologies emerging from R&D labs, that surgeons will have an arsenal of new tools at their disposal – from nanobots that can choke off a tumor’s blood supply to in vivo CRISPR-based cancer therapies that can re-write cancer’s genetic code as well as the patient’s own immune system in near real-time.

Then there’s the ability for surgeons to perform operations hundreds of miles away from their patients using 5G devices and teleoperated robots, or even the arrival of fully autonomous robo-surgeons – already showing themselves to be both faster and more precise than their human counterparts in everything from dentistry to neurosurgery.

Human ingenuity, combined with our ability to combine different technologies together, represents a powerful force multiplier. Technology began as a passive prosthetic: wheels and mechanical aids driven by humans and animals. But as we head into the future we will increasingly partner and collaborate with technology, until eventually, we come together in a literal meeting of biological and synthetic minds. And, while that’s another story, it’s these exponential technology combinations that will help us create new realities that improve our world.

Realities that include being able to create biologically, molecularly, and structurally accurate digital twins of all the objects around us, and even our own bodies, by simply pointing drones and smart devices their way.

After all, as far as sensor capability and sensitivities go, we’re already seeing the emergence of tiny but powerful new sensors that are many times more capable than their predecessors – whether it’s atom-sized quantum sensors, hyperspectral, Lidar, Near-Infrared Spectrographic sensors, photonic, and even radar, terahertz, and ultrasonic sensing systems.

These sensors will be boosted further using AI, enabling our devices to scan, digitize and make sense of both the interior and exterior of products in unprecedented detail and accuracy. Throw AI-based simulation into the mix and we’ll be able to explore how a tumor might grow or how a new jet engine might perform in certain conditions, long before it rolls off the production line.

Or maybe we won’t: maybe an AI will do all that for us, innovating a next generation version of a product, from car parts to complex electronics, that can be manufactured more efficiently, with less waste and at less cost, without any human involvement at all.

We’re all getting used to the insights the latest smartwatches can give us about ourselves in real-time. Yet imagine a future in which consumers use devices to create digital twins of themselves that a medical AI, running in an endpoint AI device, can analyze to give you unprecedented insights into your health and wellness. Now imagine what medical professionals might be able to learn through combining thousands of individuals’ real-time data sets, based unobtrusively on analysis of their digital twins.

New patterns in genomics, disease and treatment could be identified on a global scale without the need for laborious studies. And that’s before we imagine the possibilities of being able to print physical copies of digital twins: perhaps not an entire human but certainly a replacement organ, based on a digital twin copied at the cellular level. Of course, all this is just the tip of the iceberg. And while it’s certainly speculative, there is too much innovation occurring within this sector of technology for us to consider it speculative fiction.